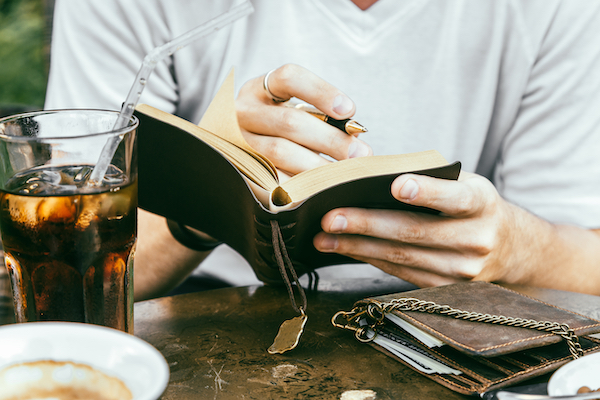 One of the most common responses I get to my book, Seeking Quan Am, is “I couldn’t put it down.”

When I first heard this I was hugely complimented—and I still am—but it happened so many times that I began to wonder how I did that. I am a good writer, as was my co-author, but good writing alone will not achieve that effect. What was it that kept people engaged to that extent with a book about war?

The answer, I believe, is that though our experiences were radically different, Mark and I approached our writing in similar ways.

Mark wrote about his experiences after had returned from his second tour, writing at odd times, quickly, getting it down while it was fresh. There was some kind of narrative in his mind but he didn’t write in narrative. He wrote in vignettes, little slices of life, snapshots of description, conversation, experience. Here is one:

Everywhere I looked, from Abby’s base to the base of the surrounding hills, there were palm groves, villages and rice paddies. Among the many small buildings were two Christian churches. A dusty road meandered from Bong Son’s direction, curved hard by Abby, and then continued into the Crow’s Foot.

It was not until dusk began to send grey, misty shadows across the plain that I realized something odd about the valley: it was entirely empty of animate life. No water buffalo, chickens, swine, dogs, people; nothing. The plain was silent. For several minutes I was unable to understand the reason for such an eerie desolation. Then I caught on: not a single structure was roofed and many were minus one or two walls.

It was a free-fire zone.

That’s it. No explanation, no surrounding context, no interaction between him and the men around him. It is as if he had taken a snapshot of a pleasing landscape and then given it a twist at the end to embed it in the grim realities of war.

I wrote in much the same way—little scenes, descriptions of what I was seeing that, by themselves were not particularly earthshaking, but together would lead the reader to engage the experience I was describing. Here is one of mine from my first trip to Vietnam in 2011:

The Hanoi experience came, as I had wanted it to, in homely ways. People were constantly sweeping up, and with good reason for the city was a construction zone. As most building was being done in concrete and each construction project began with the destruction of something else, a fine limestone dust shrouded everything. With no apparent zoning or city planning, sudden concrete skyscrapers filled with scaffolding rose up next to two-story shops and houses, separated only by rubble. In some of these incomplete buildings, workers lived and hung out their laundry. Small shops crowded the street level, their signs jostling one another and climbing up the sides of French colonial buildings that had a melancholic air of patience or chagrin.

Everything is just description until the last sentence that embeds the description in an historical timeline and suggests a city that is literally recreating itself after a history of colonialism.

The reason people kept saying they couldn’t put the book down was because these vignettes are like salted peanuts. You can read one little satisfying nugget but it is short enough that it is easy to keep reading the next one. The effect is compelling storytelling.

What does that mean for you?

We are living through extraordinary times, but because we are all so close to the changes that are happening and are so preoccupied with just making things work on a daily basis, it is difficult to see things with a storyteller’s eye. I assure you, however, there are vignettes everywhere.

Just think of the ways your life has changed in the past year. What accommodations have you made? What has gotten better? What has challenged you on a personal level? Just as you would take photos to record an extraordinary vacation, you can write snapshots of this time to express those changes and your place in them. You can write a note about something you see, a detail, an irony, a contradiction, a tension.

A vignette is part description, part commentary. It puts the reader on the ground, seeing what you see, in real time and then twists the ending to put the scene in a larger context.

So if vignettes are so cool, why isn’t everyone writing them?They aren’t often taught, for one thing, mostly because authors of larger format writing consider them a kind of throw-away. Also they ARE short and deliberately lack context, so once you have written one, what do you do with it? Mostly, though, vignettes are not being written for the same reason lots of things are not being written:

To which I say that this is not stopping people from taking loads of pictures of things they notice and posting them on social media. A vignette is the same thing, just in words. You might have to work a little harder than snapping a picture, but it’s worth it because you will have captured not just something you noticed but the connection you made to a larger story.

And suppose you want to try but don’t know how to get started? Right now I am teaching vignettes as a part of The Legacy Project, which encourages people to write a number of vignettes on a theme. This is an online, asynchronous program with a lot of support from me.  It works for telling family stories, telling about an extraordinary experience in the past, as Mark and I did, and it works for documenting changes in the present.

Once you get the hang of writing vignettes they come easily and can be written quickly. And if you ever do put them together into a book, people won’t be able to stop reading it.