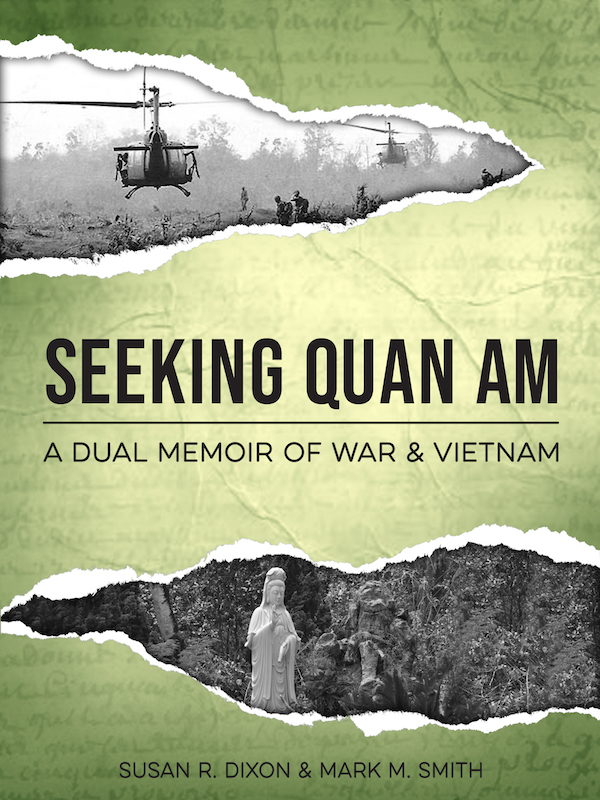 Mark M. Smith was Staff Sergeant and Platoon Leader, 1st Air Cavalry Division, Vietnam. He served two tours in 1967 to 1969. His first tour ended in the midst of the Tet Offensive, January 1968.

In the 1970s and 80s, Mark wrote about his experience. The story of the first tour was written in short episodes, with exact dates and place names, documenting the war in the villages. The second tour account began as a letter to a friend and expanded into a loosely chronological, emotional and sensory ride through the war in the jungle.

Although we had been classmates in high school, I took a very different path after graduation. I learned about war from observing its aftermath in Europe and the Middle East. I learned about the war in Vietnam by reading the New York Times and watching the nightly news. My visceral response to politicians and military leaders defending an engagement I could see they did not believe in pushed me into anti-war action based in the Campus Y at UNC-Chapel Hill.

Decades later, after Mark and I reconnected, traveled with a group to Vietnam, and learned to talk about war, we began work on Seeking Quan Am, his account of his two tours, written in the 70s, my account of my life in connection to war and anti-war, and the story of our reconnection with each other and with Vietnam decades later. Through all runs a theme – the request Mark made of me when he handed me his files. He asked me to “makes some sense of them.”

3 Responses to "Seeking Quan Am: A Dual Memoir of War and Vietnam"