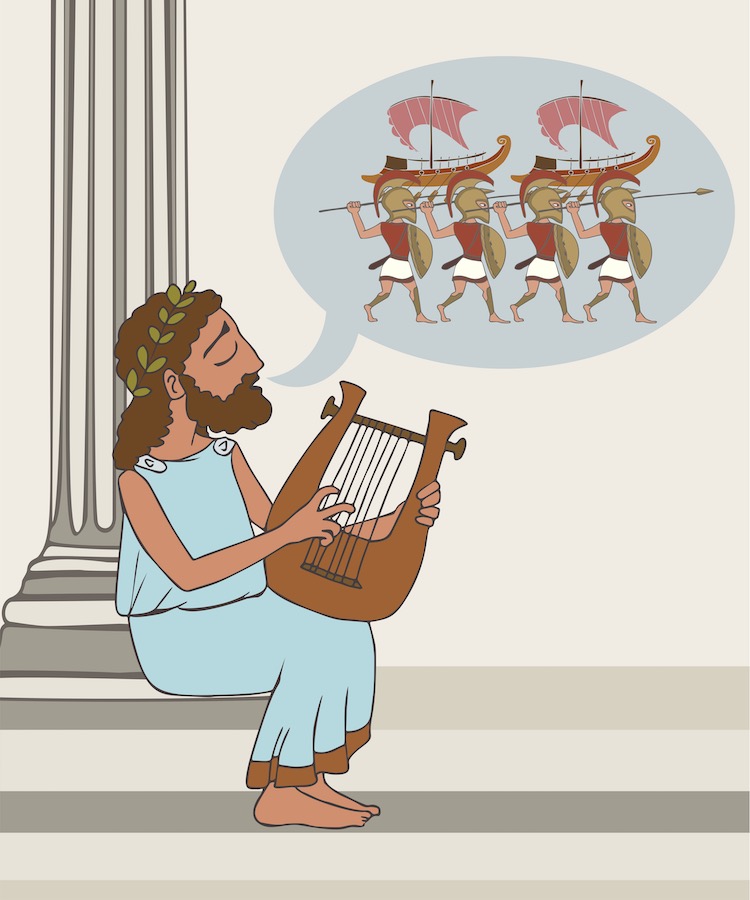 At the end of The Audiobook, I invited listeners to “take the time to listen,” partly because Mark (co-author of Seeking Quan Am) had said, “If one talks too much about the good times, people perceive a candidate for the VFW. The one that pours out all the horrors is seen as a basket case. Try to balance it out and tell the truth, people haven’t time to listen.”

But why should we?

I once started writing a novel set in the Middle Ages. I abandoned the idea when I realized that we in the 21st century only have access to this time through fragments of material remnants and written records that do not reflect common speech. Stereotypes of this time period abound, of course – damsels in turreted castles, knights in shining armor, peasants living in filth, and the generous use of “forsooth.” The novelist can play into these expectations or against them but it is a lose-lose choice, like the English-language movie decision to have French characters speak English but with a French accent.

For most of the reading public, the audience for a new book about the experience of an infantryman in Vietnam, war is just as foreign as the Middle Ages and that particular war is far more emotional. The deeply-rooted desire for resolution vies with the inherent chaos, contradiction, and sensory overload of that war. An author can play into these expectations or against them, giving the story a particular atmosphere, casting heroes and villains, or resolving the story in one direction or another for the sake of both author and audience.

There are books about glory and honor and brotherhood. Books about agony and suffering and horror. Books about strategy and tactics. Books that catalogue daily events with little or no emotion. Books that seem to be written simply to say the author was there. Books in which the protagonist is immersed in non-stop battles – war with the boring bits left out. (These are the books that are usually called “realistic.”) But which of these approaches is “true”?

Even people who were there can’t agree on which account accurately reflects what they experienced. (Mark also said that veterans can’t agree on lunch.) That doesn’t mean that we are still waiting for the “definitive” account of the war in Vietnam, though, and it doesn’t mean that because someone says “I never saw that,” that it didn’t happen. (Scan the comments on Amazon for just about any book about that war. Start with Nick Turse’s Kill Anything That Moves.)

Tim O’Brien says, “you can tell a true war story by its absolute and uncompromising allegiance to obscenity and evil.” That has to be right, but Mark also talks about “peaceful moments,” those moments of quiet when it is possible to have a sense of well-being, to have the openness and connection that allows him – and others, he is not alone – to think of Vietnam as “home.”

An audience that picks up a war story, especially one about Vietnam, expects the author to be a reliable guide. Readers who were there want to nod their heads and say to one another, “yes, it happened like that.” Readers who weren’t there need a witness, someone who can give them access, someone they can trust. How will they recognize that person? That the story conforms to what they expect? That it doesn’t?

Will an audience accept a story that both conforms to expectations and does not? After all this time, can readers accept a story about war that embraces “both/and”?

Try it: Seeking Quan Am: A Dual Memoir of War and Vietnam, Susan R. Dixon and Mark M. Smith.