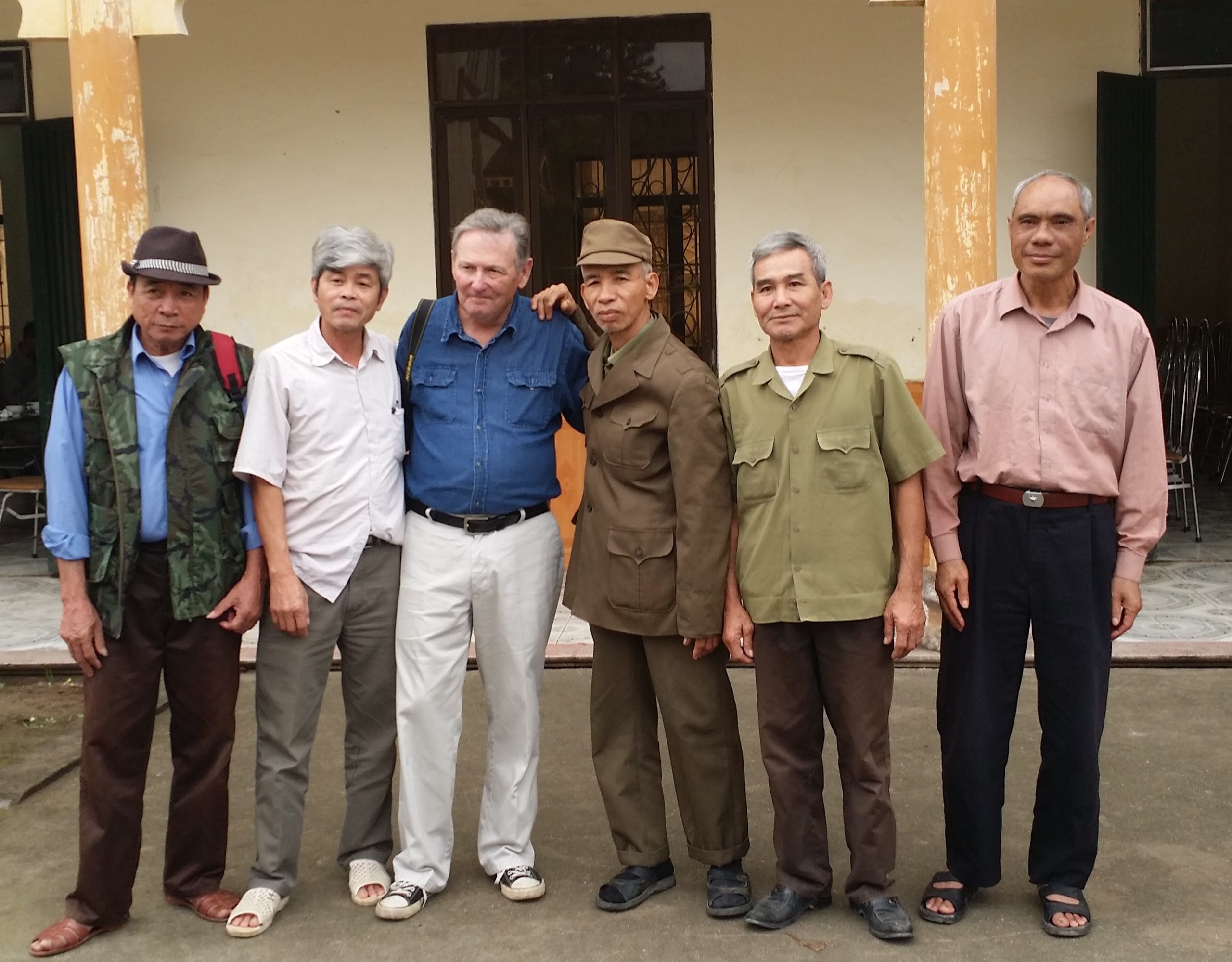 Excerpt from Seeking Quan Am: A Dual Memoir of War and Vietnam, Susan R. Dixon and Mark M. Smith

I wanted to get us to Friendship Village, the rehabilitation center on the outskirts of Hanoi, founded by an American veteran and once again Hai had to be persistent and not give up on the mission. A festival in a village along our route kept us from taking a direct path, so we meandered along tree-hung lanes and through clusters of shops and houses, the tall buildings of the city off in the distance. Finally we turned into the complex and parked the bus in the circular driveway ringed with the flags of many supporting countries.

We were welcomed in the reception room where we gave a donation and then were taken on a tour of the grounds. We saw Agent Orange-disabled children and young people learning vocational skills. We greeted a few veterans and then walked through the dining room. Everywhere the young people waved and flirted and called hello. The veterans smiled and held out their hands for me to shake as I wished them xin chao.

I was outside again when one of the men appeared and pulled up his shirt to display a heavily scarred abdomen. “The bullet went in here,” he said, pointing to his upper rib cage. He had had surgery, and it appeared to have been a pretty rough field operation, to remove it. These are my scars, he seemed to be saying. My story. Another man, dressed in a full khaki uniform and cap, lifted his jacket to reveal a back puckered and rippled by exposure to chemicals.

There was much commotion when they found out Mark was a veteran, everyone trying to make a speech at once. One man pointed his forefingers toward each other, shaking them a little for emphasis, and then clasped his hands together. “We were shooting at each other,” he said, “but now we are friends.” The men lined up for a photograph. The man in uniform put his hand on Mark’s shoulder. The man with the scarred abdomen [second from left] stood especially proud. He was stunned by what was happening. Mark was the first American veteran he had ever seen.